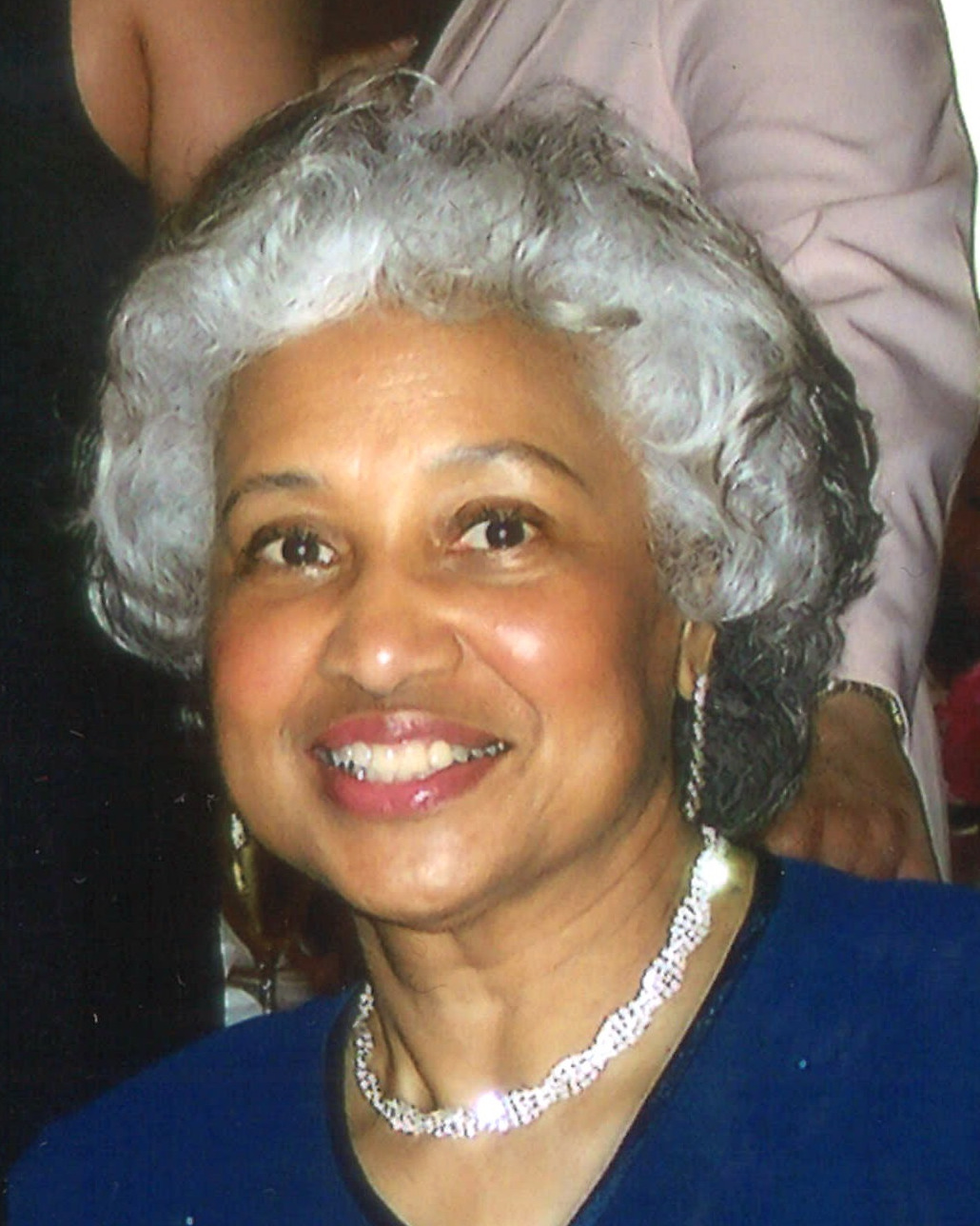 Copy the text below and then paste that into your favorite email application.

Joyce Jacques was born on August 18, 1940 in Robbins, Illinois, the ninth of ten children of Joseph and Bertha Jacques. Joyce excelled at school from the beginning and graduated from Community High School in Blue Island at the top of her class. She went on to the University of Illinois where she earned her Bachelor’s Degree in English. While at Illinois, she joined Alpha Kappa Alpha Sorority, Inc., which was a lifelong commitment for her (including one term as president of her undergraduate chapter). Upon graduation, Joyce began teaching at her old high school in Blue Island and enjoyed taking care of her nephews after work. In the summers she traveled to the Detroit area to attend the University of Michigan, earning her Master’s Degree in Latin. Eventually she moved to Detroit and began her lifelong career as a teacher with the Detroit Public Schools. Joyce taught English and Latin at Redford and Mumford High Schools and also taught adult education courses. While teaching, Joyce joined an after-work bowling league where she met Richard Bradley Brown, an Assistant Principal in the Detroit Public Schools. Richard and Joyce began dating and married on September 5, 1970 in Detroit. With most of her family in Illinois, the Brown family embraced Joyce as one of their own and she gained an extended family of Richard’s siblings, nieces and nephews, and daughter Karen. Joyce and Richard were later blessed with two more daughters, Christy and Jackie. Joyce became an active member of the AKA Alpha Rho Omega chapter in Detroit, serving on various committees including Scholarship and NAACP Youth Fashions for Freedom, and led for a term as vice president of the chapter. Christy and Jackie grew up attending AKA events and playing quietly(?) in the other room while mom hosted committee meetings at the house. She shared Richard’s love of tennis and joined him and other friends as officers of the Motor City Tennis Club and playing family doubles. Joyce was also a member of the Top Ladies of Distinction and participated in the Moms in Prayer group which hosted Kwanzaa, Juneteenth and other celebrations for their families. She continued her education with a Master’s Degree in Business Administration from Wayne State University. Joyce and Richard found their church home at St. Matthew’s and St. Joseph’s Episcopal Church. For over two decades Joyce was the head Sunday school teacher and led summer Vacation Bible School classes for the church children. Over the years she gave her time and talents in many other ways as well, including serving on the vestry and as Senior Warden, Altar Guild, St. Agnes Guild and as an usher. She planned multiple fundraisers for the church including a continuation of the Brown family tradition, Everybody’s Birthday. Joyce also enjoyed Bible study and completed the diocese’s Education For Ministry program studying scripture and church history. In the church, at work, in the sorority and other activities, Joyce was a hard worker and supporter; in those places, she met many friends for life. Joyce was also a constant source of love and support for her children. She sewed clothes and Halloween costumes, and attended sports games and tournaments, band concerts and various other school activities. Joyce was an exceptionally smart 2and dedicated educator. Before and after retirement, her students would frequently express their appreciation when they saw Joyce around the city. In addition to supporting her Mumford students, she tirelessly helped with homework assignments, papers, and various other school work at home—though she also had paperwork and assignments to grade many evenings. One of the greatest gifts she bestowed was her love of reading and learning. She was constantly reading and saved all the books she got. Every morning she sent Christy and Jackie off to school saying, “Have fun, learn everything!” After retiring from work, Joyce began dedicating more time to the church and discovered new hobbies as well. She and some church friends formed a book club and enjoyed reading a variety of books and fellowshipping. On fall football Saturdays, Joyce could be found celebrating around the house singing The Victors when her beloved Michigan Wolverines scored a touchdown. She volunteered with the city of Southfield doing free income tax preparation for seniors. Joyce became passionate about genealogy and spent a lot of time trying to construct her family tree. This led to connections with relatives throughout the country and she went to family reunions with her sisters and brother to meet newly-discovered relatives in Virginia. At many of these occasions, Joyce was behind the camera taking pictures and recording events for the future. Joyce enjoyed looking at the pictures and putting together photo albums of family and friends. Her family is particularly appreciative of her recording so many joyful memories. Joyce was warm, beautiful, caring, generous, intelligent, and had a silly side. She loved telling stories about growing up in Robbins and about her parents and siblings. Some of her childrens’ favorite memories include playing board games together, and if mercilessly annihilating small children (really, everyone) at board games were a sport, Joyce Brown would have multiple gold medals, plus a perfect 15-0 record against (adult) Jackie in Scrabble and a 21-6 record against Christy. She was a constant source of smiles, laughs and hugs. Joyce was widowed in March 2020 after 49 years of marriage. As her health began to decline, Joyce continued to cherish her church and her church family and was thankful for the support she received from caregivers and staff at Park at Franklin and Sheridan at Birmingham. Joyce is survived by her children Christine and Jacqueline (Josh); step-daughter Karen; siblings Stafford, Lolita, Barbara and Lorraine; and a large number of friends and other family members

To order memorial trees or send flowers to the family in memory of Joyce Jacques Brown, please visit our flower store.